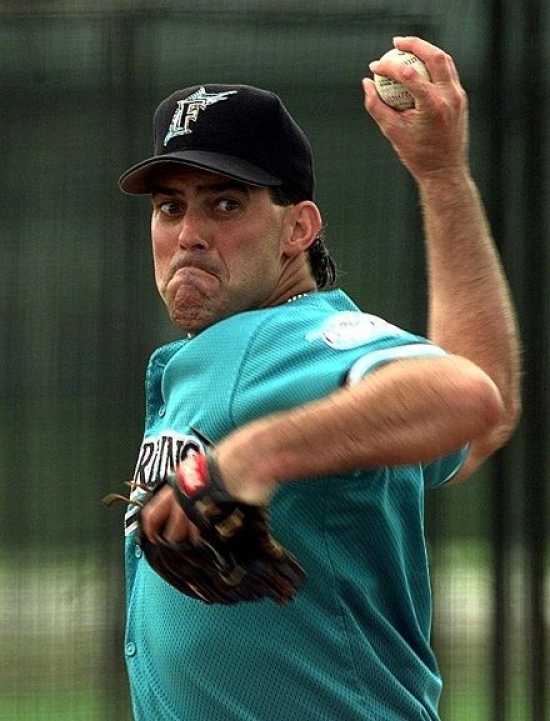 Robb Nen played nine Games for the Texas Rangers before being traded to the Marlins in their expansion year.

Nen was not very good the rest of the year, as his ERA was 7.01, but he got significantly better, and would be promoted to the team's closer during the following season.  In 1995, Nen had an abysmal 0-7 record, but had a respectable 3.29 ERA, with 23 Saves.  His best year in Florida came after, with 35 Saves and a 1.95 ERA, and though his ERA went back up over three in 1997, he equaled his 35 Saves from the year before.  The Marlins went to the postseason, and Nen had four Saves in the Playoffs, and the Marlins won it all, but that was the end for him in Florida.

Following the World Series win, Nen was one of the many players traded, with San Francisco being his destination.  He Saved 108 Games as a Marlin.