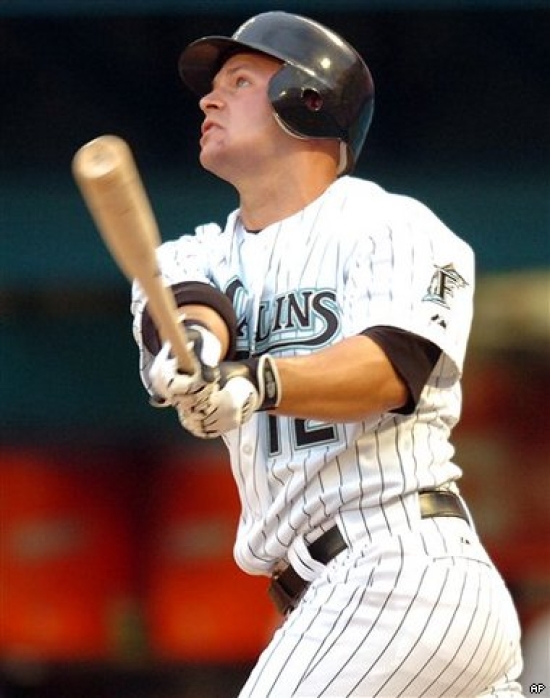 Cody Ross had played briefly for Detroit, Los Angeles (NL), and was with Cincinnati for a pair of Games before his contract was sold to the Florida Marlins, where he would have an opportunity to play more.

During the Marlins' cost-cutting, he was placed on waivers and was claimed by the San Francisco Giants.  The Giants went on to win the World Series that year, with Ross winning the NLCS MVP.  As a Marlin, Ross had 80 Home Runs with 503 Hits.