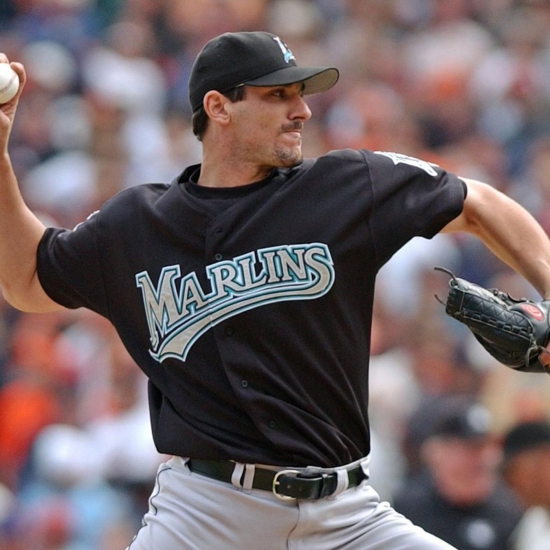 Carl Pavano got more attention for being injury-plagued as a New York Yankee, but the team he played for before, the Florida Marlins, was where he was at his best.

Traded from the Montreal Expos during the 2002 Season, Pavano finished the year 3-2 with a 3.79 ERA, starting eight of his 22 Games.  Pavano was a permanent starter the following year, only going 12-13 with a 4.30 ERA and helping the Marlins win the World Series.  He won two Games in the playoffs, allowing only three Runs over 19.1 Innings.