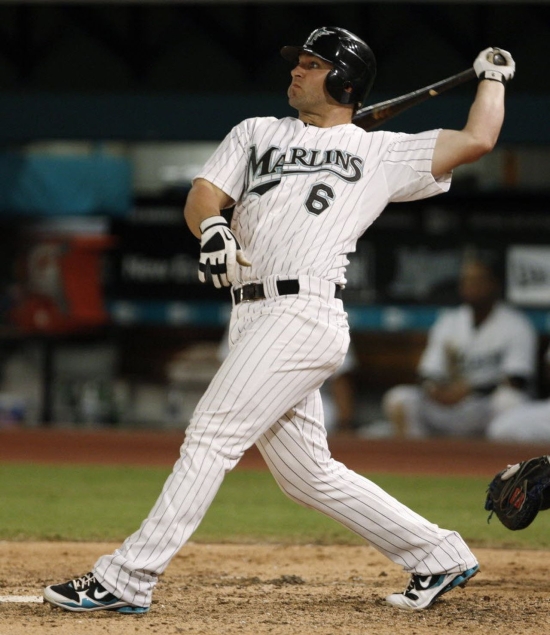 A Rule 5 Pick from the Diamondbacks organization, Dan Uggla proved to be an excellent pickup for the Marlins.

Uggla's best year was arguably his rookie season, where he finished third in Rookie of the Year voting, had a career-high 172 Hits, and batted .282.  The Second Baseman was an All-Star that year and was so again in 2007, where he batted .260 with 32 Hits.

After his third year, Uggla was established as a good power-hitting infielder with respectable defense.  Uggla blasted over 30 Home Runs in his fourth and fifth year, giving him four straight 30-plus years in the HR stat column.