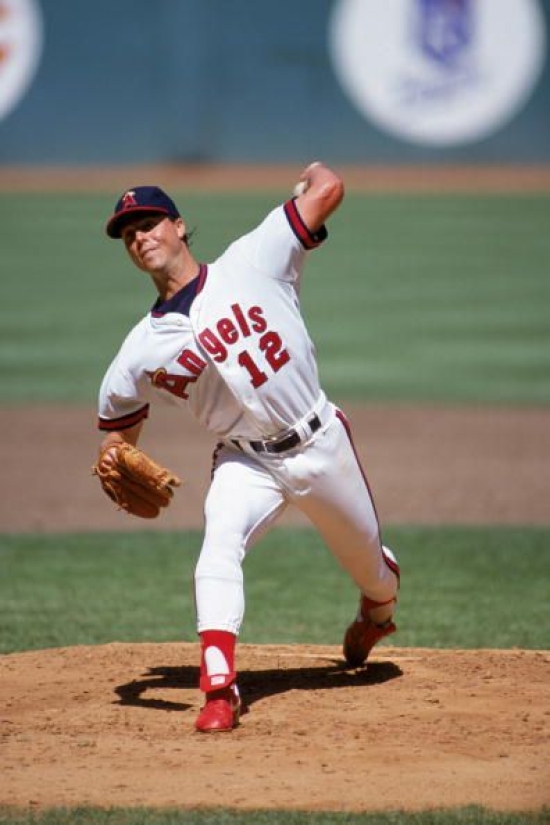 Mark Langston was Seattle's best Pitcher, but the Mariners were struggling, and they traded him in his contract year to the Montreal Expos (who sent them a young unknown named Randy Johnson) for their attempt to make the playoffs.  The Expos plummeted (through no fault of Langston) and the flamethrower they rented left to return back to the West Coast, as he signed with the California Angels as a Free Agent in 1990.

Langston may not have had the same Strikeout numbers as a Mariner, but he still had a potent fastball.  In his first season with the Angels, he was not great, but Langston rebounded in 1991, with a 19-8 and 3.00 ERA year that netted him his first All-Star Game appearance since 1987.  He was sixth in Cy Young voting, and this was arguably his best season with California.