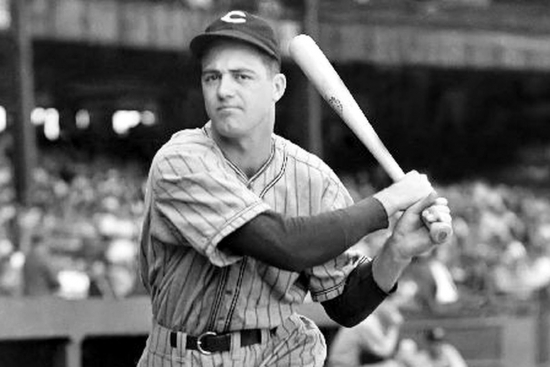 After a lone game in 1937 for Cleveland, Ken Keltner took over as their starting Third Baseman the following season.

Keltner brought forth defense, a bit of power, and a respectable offense en route to seven All-Star Game appearances.  The Third Baseman was never in the top ten in MVP voting, but he did receive votes in five different years and had at least 20 Home Runs three times.  Keltner was best known for his glove, where he led American League Third Basemen in Fielding Percentage three times and would have won multiple Gold Gloves had there been one.  Late in his career, Keltner helped the Indians win the 1948 World Series.

He played with Cleveland until the 1949 Season, after which he was released.  Keltner played 13 Games with Boston before he was again released, thus ending his career in the Majors.  He recorded 1,561 Hits with 163 Home Runs with the Indians.

Keltner was named to the first Cleveland Indians Hall of Fame Class in 1951.