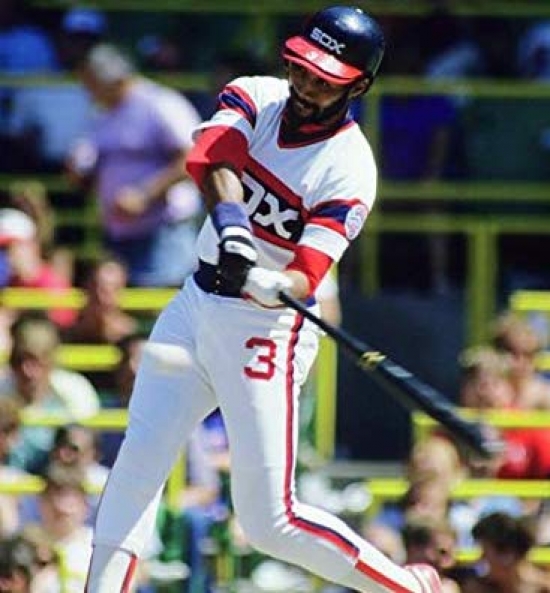 Drafted with the number one Draft Pick in 1977, Harold Baines made his White Sox debut in 1981.  Baines would never evolve into an excellent (or even average) defensive player, but that is why he stayed in the American League, where he would be regarded as the sweetest hitting Designated Hitter.

He would return for the 1996 season, and he would provide his usual production by batting .311 and 22 Home Runs.  He was on his way to a similar number in 1997, but he was dealt to the Baltimore Orioles.  Baltimore traded him back (after he was with Cleveland for a bit), and he finished his career where it started.

Baines entered the Baseball Hall of Fame via the Veteran’s Committee in 2019.  His #3 was also retired by the team.