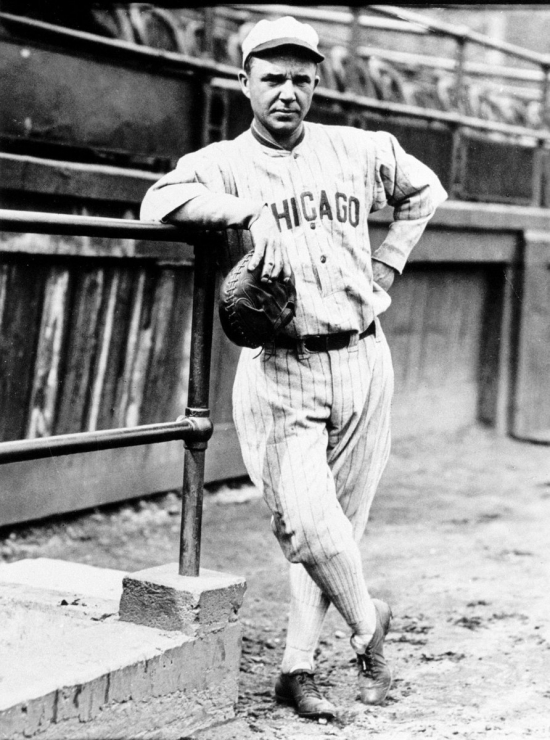 Playing all but the final year of his career with the Chicago White Sox (which would only be 5 Games), Ray Schalk was known for his defensive skills and innovation, but more importantly, his dedication to winning.

Playing at Catcher, Ray Schalk began his Major League career in 1912, and he would become the primary Catcher the following season.  Schalk would hold this role for the next fifteen seasons, and he was not much of an offensive player, as he never batted higher than .281, and only had two seasons where he had more than 120 Hits.  That was not his specialty, as he was the best defensive Catcher of his day.  Some would go as far as to say he was the best in that capacity.

Schalk would lead the American League in Defensive bWAR in 1925, and he was in the top five in that statistic five other times.  This was not just among his position, but all positions!  He led the AL Catchers in Putouts nine times, Runners Caught Stealing three times, and Fielding Percentage five times.  He was considered an innovator, as it is believed that he was the first Catcher to run behind at First Base and other positions during plays.

Schalk helped the Chicago White Sox win the 1917 World Series, and he was considered above reproach, so during the 1919 Black Sox scandal, he was never approached.  He may have only had a .254 Batting Average for the White Sox, but that was enough considering what he offered the team.

Schalk would be inducted into the Baseball Hall of Fame in 1955 when he was chosen by the Veteran's Committee.