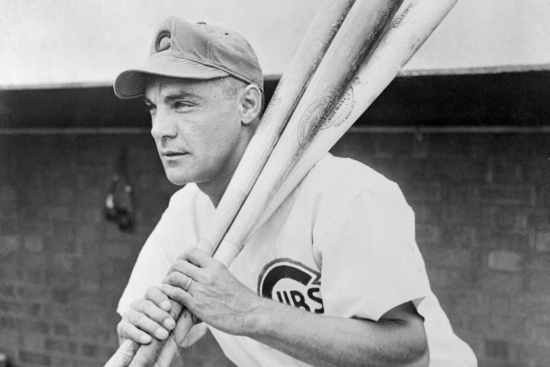 Phil Cavarretta debuted for the Chicago Cubs in 1934 a couple of months after his 18th birthday, and he would play there until he was released after the 1953 Season.  Cavaretta had a good 1935 season, but he would be riddled with injuries over the next few years, and it took until the 1942 season, where he had a year with 450 Plate Appearances.  Granted, World War II depleted the Major League roster, but Cavarretta was finally healthy, and he would go on the best run of his career.  Named an All-Star every year from 1943 to 1947, he would have three seasons where he batted over .300, and he would lead the NL in Hits in 1944.  Cavarretta would win the National League MVP in 1945, where he won the Batting Title and led the Cubs to the pennant where he batted .423 with an OPS of 1.115 in Chicago’s World Series loss to the Detroit Tigers.  He would have a reduced workload over the years to come, but his longevity made him a favorite of the Cubs faithful.  He would accumulate 1,927 Hits as a Chicago Cub.

Chicago selected Cavarretta for their franchise Hall of Fame in 2021, the inaugural class.