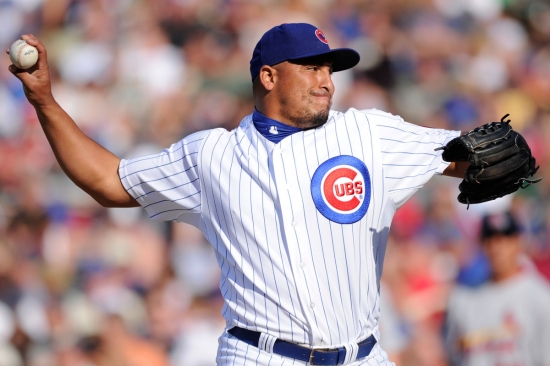 Carlos Zambrano played all of but his final season with the Chicago Cubs, where the Venezuelan was a three-time All-Star who also finished third in Cy Young voting five times.  In the first decade of the 2000s, Zambrano was one of the more dependable hurlers and was the only one in the NL who had at least 13 Wins from 2003 to 2008.  In 2006 he made history as the first Venezuelan to lead the National League in Wins, and he would finish in the top ten in ERA four times.

One factor that aided Zambrano in this rank was that he was an above-average hitter for a Pitcher, batting .241 with 23 Home Runs on 708 Plate Appearances for the Cubs.  He would win three Silver Sluggers.