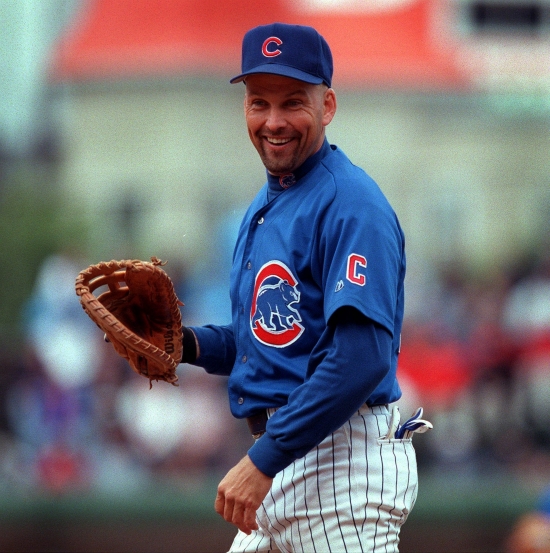 Mark Grace was drafted in the 24th Round of the 1985 Amateur Draft, and generally, when you are chosen that low, you aren't expected to do much at the Major League level.  Nobody seemed to have conveyed that to Mark Grace.

The First Baseman cracked the Cubs roster in 1988, winning the starting job and finished second in Rookie of the Year voting.  Grace became one of the National League's most consistent hitters, batting over .300 nine times and finishing in the top ten in Batting Average eight times.  He would also have an On Base Percentage over .400 twice.  Grace wasn't considered a power hitter, but he did have 148 Home Runs for the Cubs driving in 1,004 Runs.  Grace was chosen for three All-Star Games and won the Gold Glove four times, and overall as a Cub, he had 2,201 Hits while batting .308.

Grace would sign with the Arizona Diamondbacks before the 2001 season, and he would help them win the World Series in his first year there.