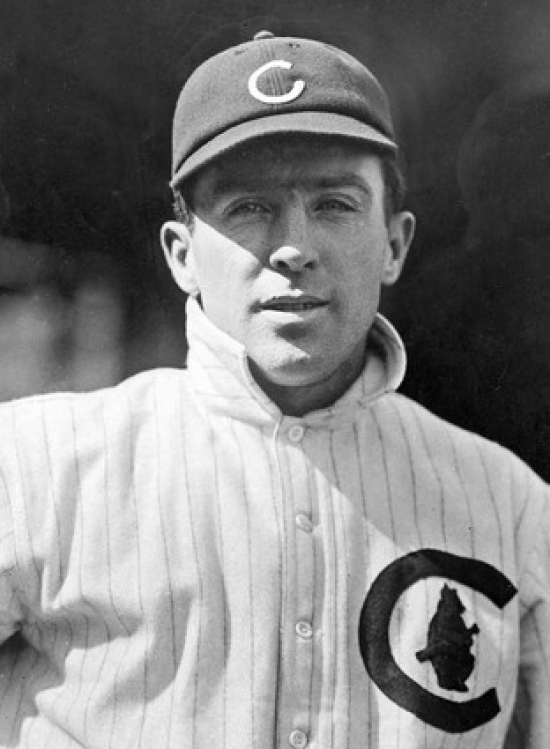 It began with Joe Tinker, at least that is how the poem goes of Tinker to Evers to Chance in regards to turning double plays for the Chicago Cubs in the 1900s.

The Shortstop for the 1907 & 1908 World Series Championship teams, Tinker was a defensive stud.  In terms of traditional numbers, he led the National League Shortstops in Fielding Percentage four times and was routinely at or near the top in Assists and Putouts.  Advanced metrics show that he was without question the best defensive player for years.  Tinker was a five-time leader in Defensive bWAR and the runner-up four times.  While he was not a great hitter (his OBP average for the Cubs was only .303) for a Shortstop of his era, he was more than adequate.  He did have over 1,400 Hits for Chicago and had his share of clutch hits.  Without Tinker, it is doubtful that Chicago won those two titles.

Despite his association with Frank Evers, the two despised each other, and Tinker demanded a trade when Evers became the Player/Manager of the Cubs after the 1912 season.  He would later get that role with the Chicago Whales of the Federal League and would keep that position when the Cubs bought his contract and many others when that league folded after the 1915 season.  Tinker would only play/manage there for one more season.

He would enter the Baseball Hall of Fame in 1946 when he was voted in by the Old Timers Committee, and the Cubs chose him for their inaugural Hall of Fame class in 2021.