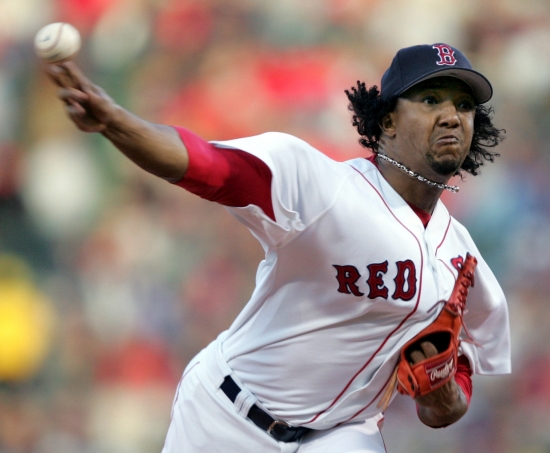 The Montreal Expos were a small market team, and as quickly as they developed stars, they were always poised to lose them.  Pedro Martinez won the National League Cy Young Award in 1997, but he was due to be free agent, so the Expos did what they always did.  They traded him for parts.  The Red Sox were the recipients of the deal, and not only did he pick up where he left off, but he also got even better.

Martinez's 2004 was his weakest with a 3.90 ERA, but in many ways, it was the most memorable.  He would help the Red Sox end the curse and win the World Series.  He won a Game in the Fall Classic and allowed no runs over seven innings.

Martinez entered the Baseball Hall of Fame in 2015, and the Red Sox would retire his number 45 that year.