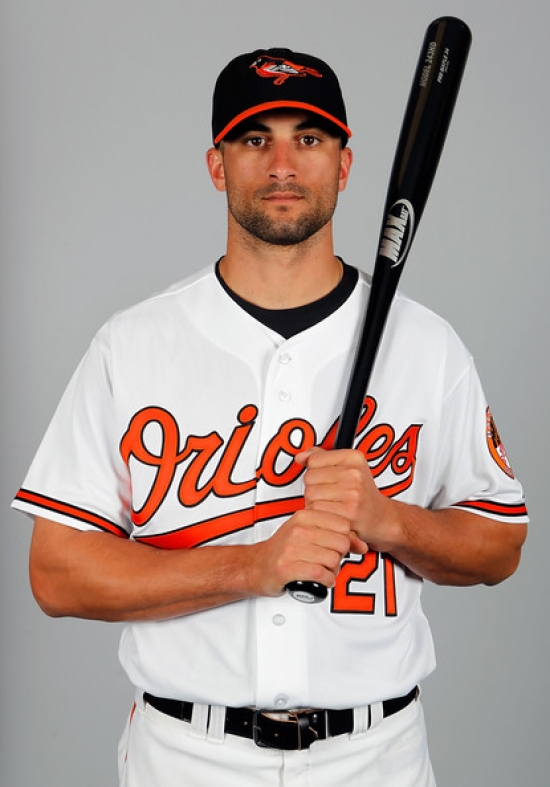 Nick Markakis was a highly touted player who was drafted seventh overall in 2003.  Playing in the Outfield, Markakis debuted for the O’s in 2006, where he finished sixth in Rookie of the Year voting, and he showed good power with a nice batting average.

While Markakis was never an All-Star as an Oriole, he showed consistent production.  Markakis had two 20 Home Run seasons (2007 & 2008) and would always have at least ten dingers as an Oriole.  In the two 20 HR campaigns, the Rightfielder batted at least .300, and he had three more years where he reached at least .290.  Markakis would win two Gold Gloves with Baltimore, though realistically, he likely should have won them in two different seasons.

Markakis signed with the Atlanta Braves in 2015, and as a Baltimore Oriole, he would collect 1,547 Hits with 141 Home Runs and a .290 Batting Average.