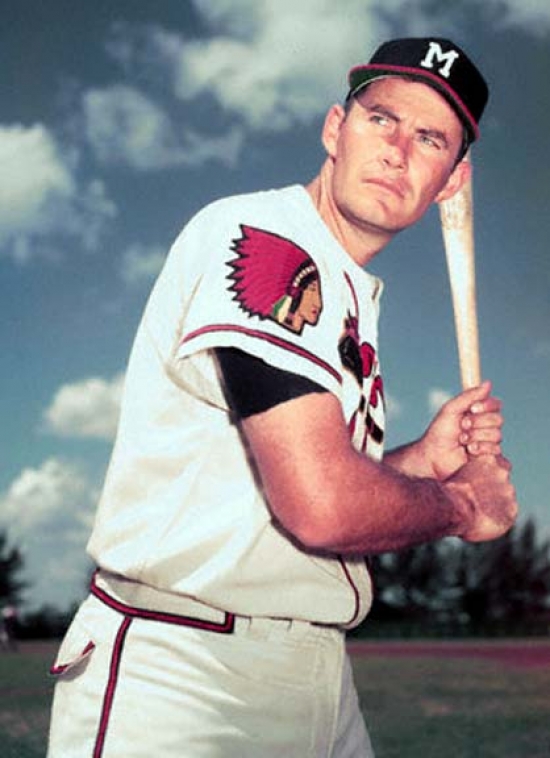 We return to the potent Milwaukee Braves team of the 1950’s where we have Joe Adcock, a slugger who went yard for the franchise 239 times including a 38 dinger season in 1956.

Adcock arrived to Milwaukee in a complex four team trade which he benefitted from as the was not playing at his natural First Base position as Cincinnati had Ted Kluszewski.  Adcock’s power always seemed to come at unique times.  He had a four Home Run game in 1954 and it was Adcock who hit a Home Run (which he didn’t get credit for due Hank Aaron’s baserunning error, but there was a runner ahead who scored) to end Harvey Haddix’ legendary game where he pitched 12 perfect innings.  Adcock would thrice finish the season with MVP votes and he had 1,206 Hits with a .285 Batting Average.  He was also instrumental in the 1957 World Series Championship.  It is also worth noting that Adcock didn’t want to play at First Base because he preferred it, he was also really good at it.  He would finish first in Range Factor per Game and Fielding Percentage three and four times respectively as a Brave among all National League First Basemen.