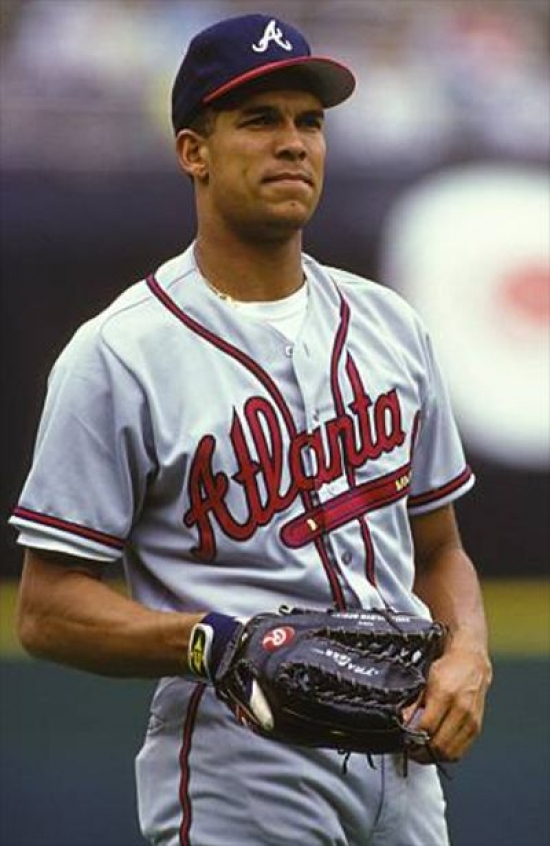 David Justice at one time was one of the most recognized sluggers in baseball.   A star for the high profile Atlanta Braves, Justice was the star hitter for the perennially playoff-bound team, he was named one of People’s Magazine’s Most Beautiful People (1994) and was married to Halle Barry.  The last two might be interesting but it doesn’t help propel him on this rank does it?

Justice would be named the National League Rookie of the Year in 1990 where he helped the Braves reach the World Series the following two seasons.  All three of his first full campaigns (1990-92) would see him hit 20 or more Home Runs but he increased that in 1993 with 40 Home Runs and a career-high 120 Runs Batted In.  He would be named to his first of two All-Stars and was also a Silver Slugger for the first time.  The strike-shortened 1994 season would also see him return to the All-Star Game.  Justice would remain in Atlanta until he was traded to Cleveland before the 1997 season.  As a Brave, he hammered 160 Home Runs with a Slash Line of .275/.374/.499.

Atlanta elected Justice to their Hall of Fame in 2007.