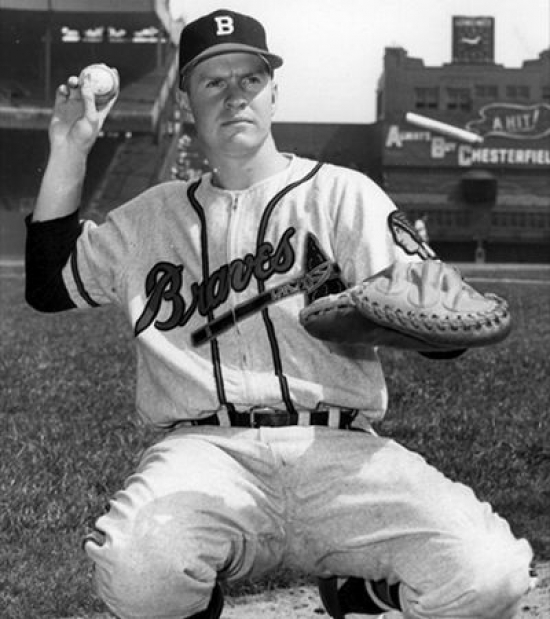 Crandall was not the best hitter but to his defense not a lot of Catchers were when he played.  He would accumulate 1,176 Hits and 170 Home Runs as a Brave and he would have seven seasons where he received MVP votes, his highest being a tenth place finish in 1958.

In 2003, Crandall was the lone inductee to the Braves Hall of Fame.