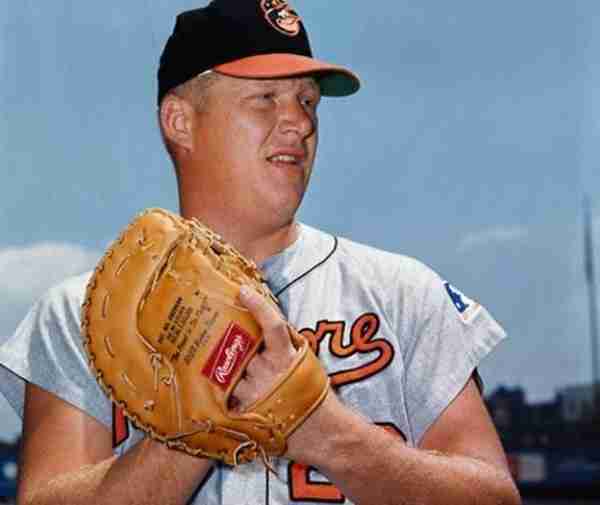 History has given the pitching staff much of the credit for the World Series Runs of the Baltimore Orioles in 1966 and 1970, but it was the heavy-hitting Boog Powell who was the favorite of the fans in Maryland.

Boog Powell was built like a bull. The power hitter easily won the hearts of Baltimore with his booming home runs and nice demeanor. He batted cleanup for over a decade and solidified the lineup providing much-needed offense for the pitching heavy Orioles. He was a good clutch hitter and though he committed his share of errors, he was able to prevent a lot of miscues for his infielders as he scooped up many a low throw.

Boog Powell got injured a bit and missed a few handfuls of games each season due to injury. This prevented him from increasing his career hit and power numbers which would have made him a better Hall candidate. Powell did win an MVP and was a runner-up another year, but often he occasionally accused of having his popularity outweigh his ability which may explain his low Hall vote.

Should Boog Powell be in the Hall of Fame?

Should Boog Powell be in the Hall of Fame?