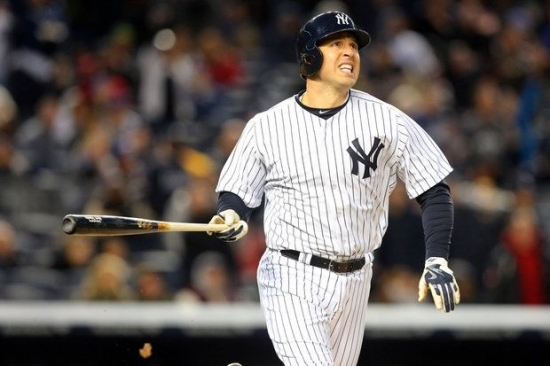 Bringing a strong power game to all four of the Major League teams he played for (Texas, Atlanta, Los Angeles Angels, New York Yankees) Mark Teixeira would go deep 409 times in his career including winning the Home Run Title in 2009 (39) with eight other seasons of 30 or more.  A three-time All-Star and three-time Silver Slugger, Teixeira also showed off good defensive skill at First Base as he was a five-time Gold Glove winner.  It should also be noted just how strong his 2009 season was where he helped his Yankees win the World Series and was the American League runner-up for the MVP.

Teixeira’s overall resume is pretty good, but those two words are the key: “pretty good”.  In this era, the overall stats for a First Basemen need to be stellar and Teixeira isn’t quite there, though he did receive a few votes, as was expected.