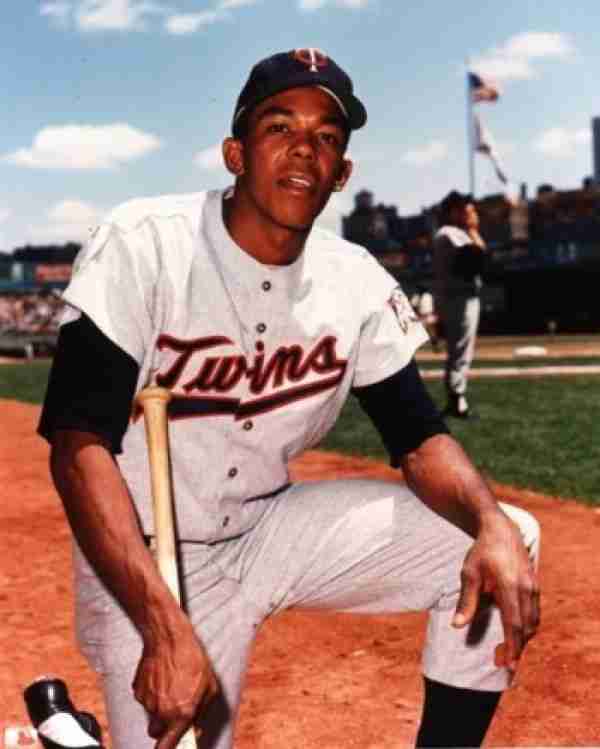 If Tony Oliva did not suffer from bad knees would he have been inducted already?  Many people think so, as his first eight seasons showed off one of the game’s great contact hitters who won the batting title three times.  After 1971 however the bad knees of Tony Oliva created a ballplayer that was just a fraction of what he once was.


Those first eight years for Tony Oliva showcased an athlete who had few faults.  He hit for average in an era that had few who could.  He had decent power and was an asset with the glove.  If there was a liability it would be that he didn’t walk much, but considering everything else he could do it was a minor criticism.  Oliva was an All Star in his first eight years and he earned every slot.

The greatness of Tony Oliva essentially ended on June 29, 1971 when he collided with Joe Rudi and hurt his knee.  He continued to play hurt but he was out for the bulk of the year that followed.  When he returned he was unable to help out in the field and was a full time Designated Hitter.  Even then he wasn’t the same with the bat and his numbers dipped yearly.

Tony Oliva’s case for Cooperstown can only be made in eight years of his career.  Other players have gotten in for being great in similar time frames (Sandy Koufax for one) so it is not like a precedent hasn’t been set.  Oliva may not have gotten in during his first run, but he has to be considered a solid candidate for the Veteran’s Committee.

Sandy Koufax is the exception who proves the rule. He was absolutely dominant in the half-decade before he retired--he won three pitching Triple Crowns. Without that dominance Koufax, either in traditional or advanced metrics, is not a Hall of Famer. Very close, but not in.

Tony Oliva was outstanding in his prime, but he was not the dominant hitter during this time in the same way Koufax was the dominant pitcher. Oliva is pretty close, but not in. Dick Allen is a better candidate from this era.

A more appropriate example of a HoFer with a shortened career would be Ralph Kiner as he was a position player like Oliva. Kiner led the NL in home runs for seven consecutive years. That's dominance.
Quote
0 #4 Carl Hardy 2014-10-03 21:23
Not having Tony Oliva in the Hall of Fame is just wrong. Even thought he had an injury which shortened his career he was great for those eight years before his knee injury. Sandy Koufax has a shortened career but he is in the Hall of Fame. His number of batting titles, leaders for so many years in other categories. He as an 8 time All Star and he is not in the Hall of Fame. Shame on you Hall of Fame voters.
Quote
-1 #3 g r lednet 2014-08-16 12:27
No doubt he was a class act on the field and still is off the field. How many can say that
Quote
+2 #2 Phil Heim 2014-07-24 19:38
Being 64 myself I got to see Tony play in his prime, what a joy for a kid and somebody to look up to. Why isn't he in the Hall of Fame? Look at his numbers and look at what he is still doing for the game of baseball/
Quote
0 #1 dlrratedr -0001-11-30 00:00
Certainly more deserving than a Jimmy Wynn, just to name one player from that era.
Quote
Refresh comments list
RSS feed for comments to this post