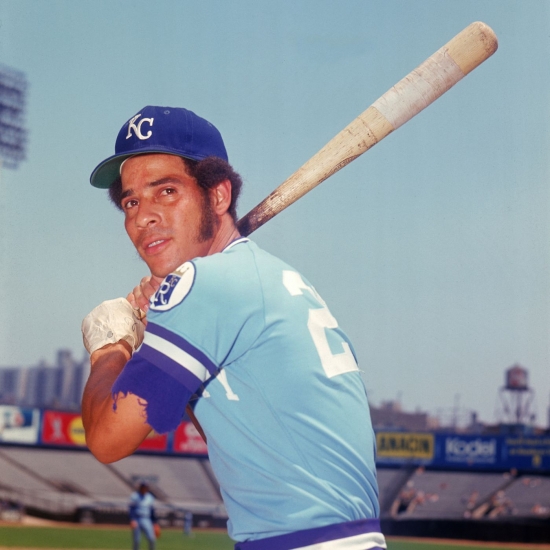 Amos Otis had his share of drug problems that likely held his career back, but this should not overshadow a very successful Major League career.

Otis came up with the New York Mets in the late 60s, but Mets Manager, Gil Hodges, did not see eye-to-eye with Otis, and he was traded to the Kansas City Royals in a transaction where the Mets clearly got the short end of the stick.  Now playing in the Outfield (the Mets wanted him at Third), Otis was a five-time All-Star in the 1970s, and he brought a sweet balance of power and speed to his offense.  Otis twice led the American League in Doubles (1970 & 1976), was first in Stolen Bases in 1971 (52), and he had at least 10 Home Runs in eleven seasons.  Otis topped the AL in Power-Speed # in 1971 and was in the top ten in ten other seasons.  He would also finish in the top ten in MVP voting four times.

Should Amos Otis be in the Baseball Hall of Fame?