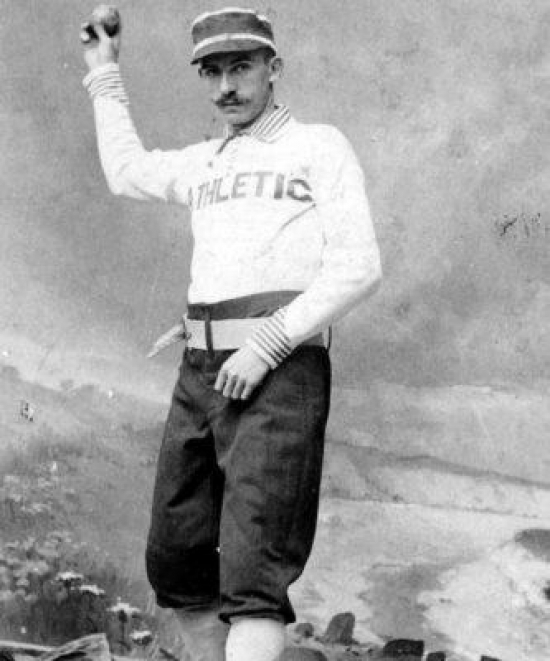 Yes, we have another Pitcher from before 1900, but we can't apologize as there was a glut of excellent hurlers from that era.

With nicknames that don’t seem to match of “Cannonball” and “Rubberman," Weyhing’s first seven years all saw the righthander win at least 23 Games while playing for Philadelphia (AA), Brooklyn (PL), and Philadelphia (NL).  Weyhing was wild (he hit 277 batters in his career), couldn’t hit or field, but he compiled his share of Wins (264) and was in the top ten in ERA five times over his career.  Had there been a Pitcher of the Year during Weyhing’s peak, he would not have likely won one but would have secured his fair share of votes.

Weyhing’s best run ended in 1894, but he managed to play for another seven seasons with stints in Louisville, St. Louis, Cleveland, and Cincinnati.

Despite his success, Weyhing was never on a Hall of Fame ballot.

Should Gis Weyhing be in the Baseball Hall of Fame?