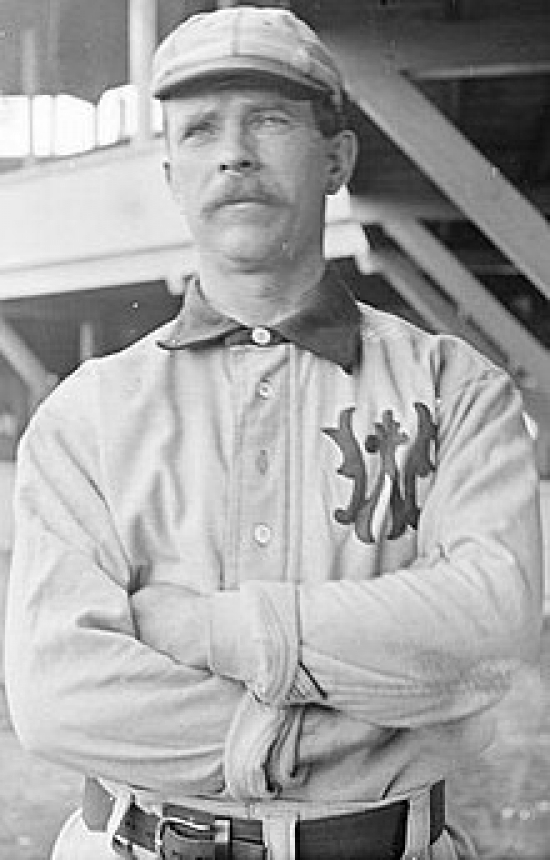 One of the early stars of Chicago baseball was Outfielder Jimmy Ryan, who played for the Cubs back when they were called the White Stockings and when they were the Colts.  Oh, and also when they were the Orphans.  He also was with the Chicago Pirates of the Players’ League.  Simply put, if you went to a professional baseball game in Chicago from 1885 to 1900, you saw Jimmy Ryan play.

Ryan was a consistent hitter through his career, and for this deadball era, he had quite a bit of power.  The Outfielder led the National League in Home Runs in 1888 (16), and he was also the league-leader in Hits (182), Doubles (33), and Slugging Percentage (.515).  Ryan batted .332 that year, and he would surpass the .300 mark nine other years.  He was also very good on the basepaths, with Ryan swiping over 25 Bases nine times.

While we can't say that his overall stats scream a Hall of Famer, Ryan has 1,643 Runs, 2,513 Hits, and a lifetime Batting Average of .308.  You would think that he would at least have shown up on a ballot, but that never happened for Ryan.  Maybe because he allegedly punched reporters (more than once), but writers never hold grudges over decades, do they?

Should Jimmy Ryan be in the Baseball Hall of Fame?