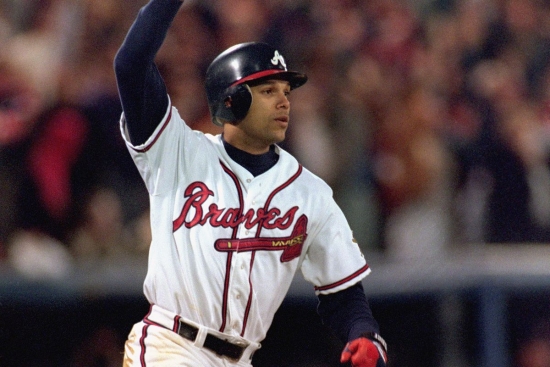 David Justice is an interesting player to put on this list as his overall numbers were not so much that of a compiler, nor did he have a monster season.  What Justice was, was a very good player for a long time, and despite his fame (married to Halle Barry), his career was underrated.

A three-time All-Star and two-time World Series Champion (Atlanta 1995 & New York Yankees 2000), Justice had 11 20 Home Run years with three .300 seasons.  With his best years coming in Atlanta, Justice was the National League Rookie of the Year in 1990 who had 305 career Home Runs with a career .500 Slugging Percentage.

We are looking forward to your comments on this one!

Should David Justice be in the Baseball Hall of Fame?