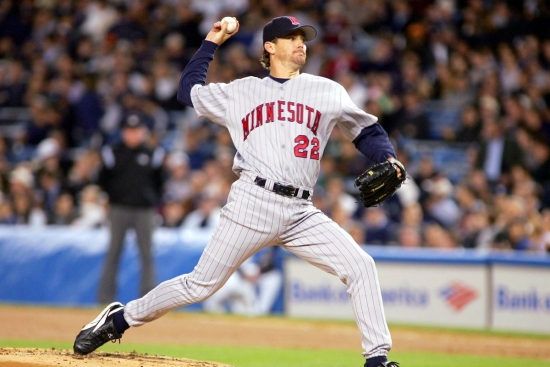 Playing his entire pro career with the Minnesota Twins, Brad Radke had a good career, and while he gained his share of Wins, it was his consistency that he is most remembered for.

Debuting in 1995, Radke had a shaky start, leading the American League in Home Runs allowed in his first two seasons, but he was also exhibiting good control.  Radke won 20 Games in 1997, finishing third in Cy Young voting, which would lead to his lone All-Star appearance a year later.  The right-hander finished in the top six in BB/9 in 11 of his 12 seasons, leading the AL in that category in 2001, which was the same year he was first in SO/BB, an incredible accomplishment considering that Radke was not much of a Strikeout Pitcher.  He was also in the top three in bWAR for Pitchers three times.

Should Brad Radke be in the Baseball Hall of Fame?