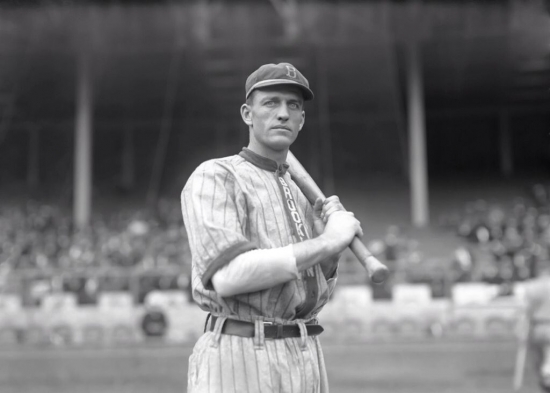 A 15-year veteran of the Majors, Jake Daubert played for two different teams in his Major League career, the Brooklyn Superbas/Robins and the Cincinnati Reds.

Playing at First Base, Daubert was a starter as a rookie in 1910.  After a promising rookie year, Daubert would bat .300 ten times, including two Batting Titles was a Robin (1913 & 1914), with him winning the MVP award in the former year.  Brooklyn traded Daubert to Cincinnati in 1919, where he helped them win the World Series in the infamous "Black Sox Scandal."

Daubert would have 2,336 Hits with a lifetime Batting Average of .303.

Should Jake Daubert be in the Baseball Hall of Fame?