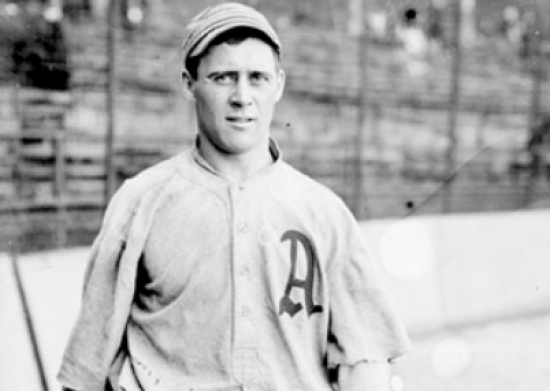 Many baseball historians have painted Wally Schang as one of the better offensive Catchers of the deadball era.  In terms of his World Series Rings, you can argue that he is one of the most successful.

Schang won his first World Series as a rookie with the Philadelphia Athletics in 1913, and he would play there for the first five years of his career.  The Athletics dealt Schang to the Red Sox in 1918, where again, he was a World Series Champion in his first year with a Major League Team.  He batted over .300 for the BoSox in 1919 and 1920, but the Red Sox were in the middle of dismantling their team, and he was traded to the New York Yankees in 1921, where he again had two more .300 seasons, the second of which would see him win a World Series in 1922.

Schang later played for the St. Louis Browns and the Detroit Tigers, and in addition to his excellent offense, he was also considered to be a very good defensive player.  He would also have five seasons where he received an MVP vote, and he secured a fourth ring in 1930 in a reserve role with the Athletics.

Should Wally Schang be in the Baseball Hall of Fame?