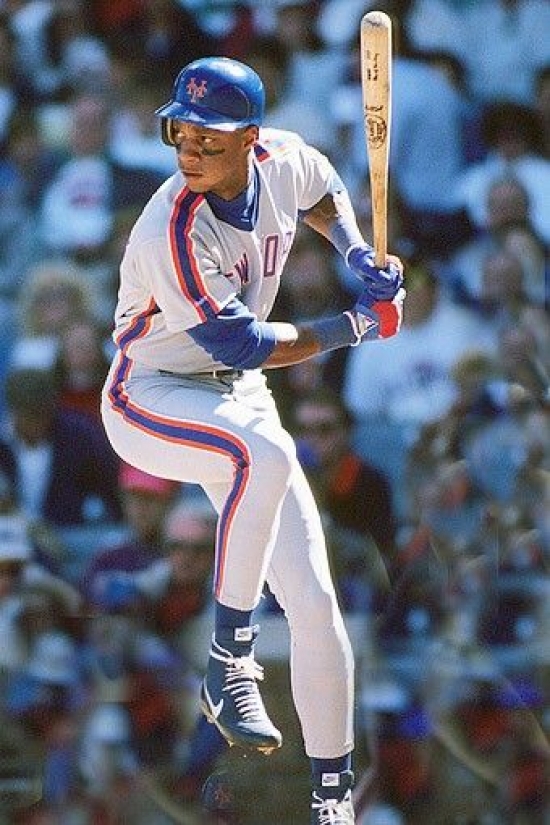 Darryl Strawberry was at one time the most feared hitter in the National League, and a case could be made that he was also the most recognized.

Drafted first overall in 1980, Strawberry debuted with the Mets in 1983, winning the Rookie of the Year.  The electric Outfielder was an All-Star in 1984 and would be again the next six seasons in New York.  Strawberry was one of the reasons that Mets fans came to the park, hoping to see one of his Home Runs, and every year as a Met, he delivered at least 25 of them, including a league-leading 39 in 1988.  That season, he was second in MVP voting, losing to Kirk Gibson of the Dodgers, though Strawberry likely should have won.

During this elite period as a Met, he was not exactly angelic.  He had fought openly with teammates, was abusing drugs, and was known to be selfish, often showing up late.  Needing a change of scenery, Strawberry signed with the Los Angeles Dodgers as a Free Agent in 1991, and he was again an All-Star with 28 Home Runs.  As it turned out, this was the end of his dominance.

Injuries and off-field issues reduced him to a shell of what he was, but despite this, he consistently found work throughout the 1990s, most notably winning three World Series Rings in a reduced role with the New York Yankees.  He retired with 335 Home Runs and 1,000 Runs Batted In, but it felt like he should have so much more.

Should Darryl Strawberry be in the Hall of Fame?