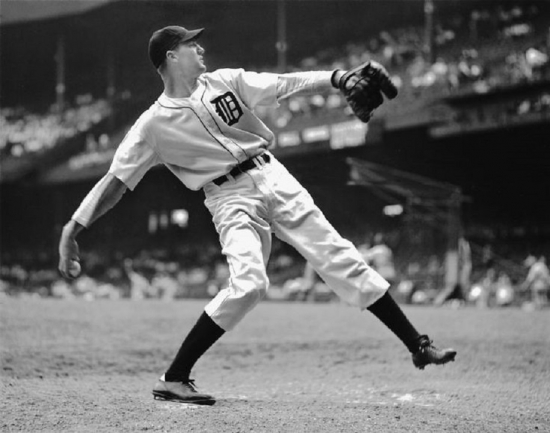 Lynwood Thomas "Schoolboy" Rowe was a Texas boy through and through, and when he joined the Detroit Tigers in 1933, the Michigan fans loved the superstitious Pitcher.

Rowe had his best year early as in his second season, he posted a 24-8 record and led the American League in SO/BB (1.84).  Rowe was fourth in MVP voting, and he helped the Tigers win the American League Pennant, though they lost to the Cardinals.  The year after, Rowe was an All-Star, won the SO/BB Title again, and more importantly, he helped Detroit win the World Series.

The remainder of Rowe’s career were ups and downs, and he was hurt for most of 1937 and 1938 and rebounded with a 16-3 record in 1940.  His '42 year was split between Detroit and Brooklyn, and he joined the Phillies in 1943, where he won 14 Games before going into the military for World War II.

Should Schoolboy Rowe be in the Hall of Fame?