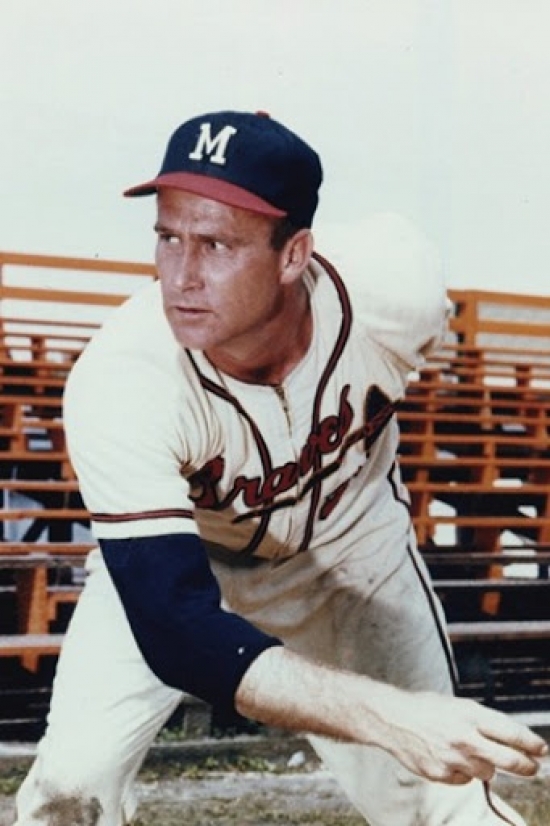 Lew Burdette was the star righthander for the Milwaukee Braves in the 1950s, but his career was a tad on the complicated side to dissect.

Burdette made his first appearance in the Majors for the Braves in 1950, but he was not a permanent member of the roster until 1952.  Burdette became a top hurler in 1953, and that year until 1961, he had at least 15 Wins every year but 1955. Burdette won the National League ERA Title in 1956 (2.70), and the year after, he was the World Series MVP in what would be the Braves' only World Series Championship in Milwaukee.  He had 20 Win years in 1959 and 1960 and was third in Cy Young voting in the latter season.

Burdette was good during this period, utilizing control to lead the NL in BB/9 three times, but he also gave up a lot of Hits, and his career bWAR is under 30.  Known for his fidgeting, Burdette was an annoyance to batters, and it was joked that he would make coffee nervous.

After declining in the early 60s, Burdette bounced to St. Louis, Chicago (NL), Philadelphia, and California before retiring in 1967 with a record of 203-144.

Should Lew Burdette be in the Hall of Fame?