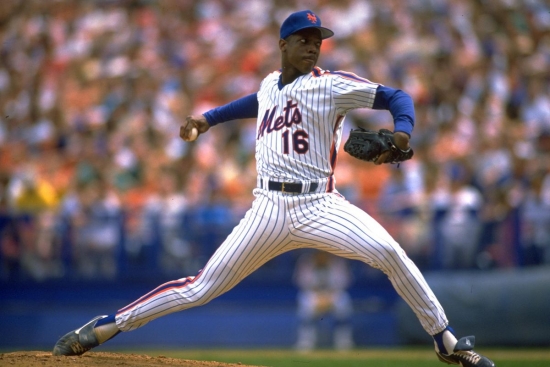 There was a time that Dwight Gooden was the best Pitcher in baseball, but as we know, drug use rendered him a shell of what he was well before his time.  One of the incredible things about his career, though, was how long he played and remained a serviceable hurler.

This was around the time when drugs became a problem for Gooden, but he had three more top seven top ten finished in Cy Young voting, and he helped the Mets win the 1986 World Series.  Granted, Gooden was abysmal in that Fall Classic, but he was a huge reason they got there.  His play suffered in later years, and he was suspended for the entire 1995 seasons due to cocaine.

Gooden would return and play five more seasons, but not with the Mets.  He played for the Yankees, won two World Series Rings, and threw a no-hitter in 1996.  That was good, but he was far from the player he used to be.  He also had stints with Cleveland, Houston, and Tampa, and after that, a final stint with the Yankees, where he won that third ring.

Had Gooden not gotten so heavily involved with drugs, it is easy to speculate that he would already be in the Hall of Fame.  As it stands, we have a very good hurler who, at one time the best in the business, but he could be considered a big what if?

Should Dwight Gooden be in the Hall of Fame?