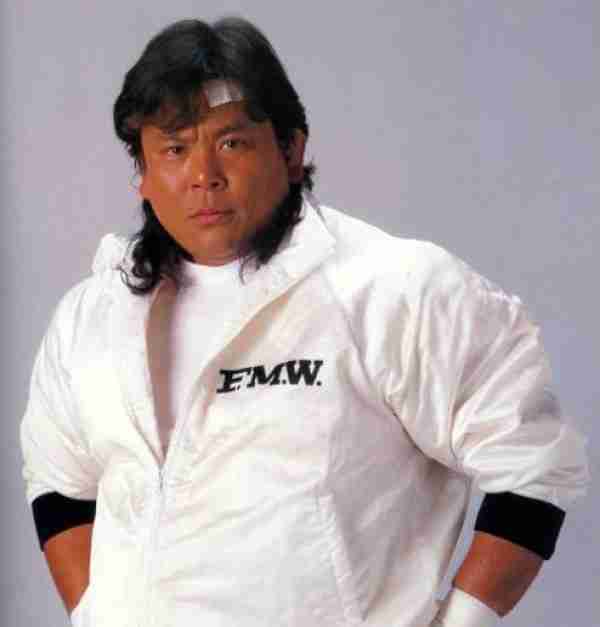 There really are two careers of Atsushi Onita.  The first was as a young Japanese wrestler working his way up the ranks and becoming one of the early figures of All Japan’s Junior Heavyweight Division.  However, that isn’t the career he is known for is it?


After coming out of a two year retirement, Onita returned and developed a Hardcore style based on his brief time in the United States years previous.  His matched were bloody and violent, and as the man who brought “Death Matches” to Japan he popularized the style to new heights in the 1990’s.  All of this made him an icon in Japan, but a handful of experience in the Southern U.S., does not make him a household world to American wrestling fans.

Should Atsushi Onita be in the Hall of Fame?

Should Atsushi Onita be in the Hall of Fame?

Buy your Tickets to see WWE Smackdown (Rescheduled from May 11, 2020) at Mohegan Sun Arena at Casey Plaza in Wilkes Barre, PA HERE for as little as $77!

0 #1 Darryl Tahirali -0001-11-30 00:00
"And . . . and . . . here they are, one by one. The drums, Jim McCarty. The bass, Paul Samwell-Smit h. The rhythm guitar, Chris Dreja. Lead guitar--Eric 'Slowhan d' Clapton! The singer, and harp, Keith Relf. Five live Yardbirds!&q uot;I can still hear Hamish Grimes's shaky but enthusiastic introduction to the band on the first Yardbirds record I heard decades ago. That's where Jim McCarty' s name first stuck in my mind.Very nice interview, Lisa. I wish Jim could have shared some more insights and anecdotes from the halcyon days, but it was nice to read about his post-YB days and his personal, spiritual interests.I& #39;m also happy to hear that you are a drummer enthusiast, and especially that you mentioned Terry Bozzio. I'm a Frank Zappa fanatic, and of course FZ had a number of great drummers work for him including "Terry Ted." I got to see Bozzio play with Jeff Beck back in the '90s--an d he is a demon live. Have you seen FZ's movie Baby Snakes? The bulk of the movie is a live show with Bozzio pretty memorably spotlighted. Always enjoy reading your interviews!
Quote
Refresh comments list
RSS feed for comments to this post