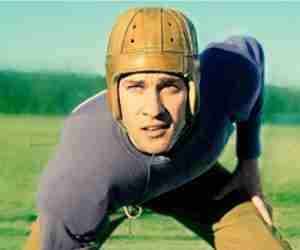 We aren’t going to speak about the role in great detail (or really any detail at all), but just an observation. If you are John Krasinski and you are at the height of your run in “The Office” and an offer to star in a film with George Clooney and Renee Zellweger you had to figure that your movie career was made. It didn’t happen, as “Leatherheads” was seen by only a few people and what looked like a certain film never got launched. In hindsight, it may have been the best return prank Dwight Schrute ever pulled.

Why you should vote for him:
If you saw it, it was a decent role.

Why you should not vote for him:
Odds are you never saw it.