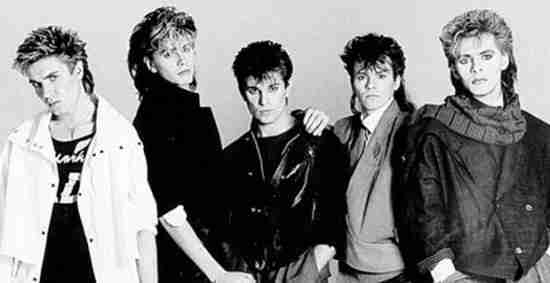 We can hear the groans with this selection already. Chances are that if you were a music lover in the 80’s you either loved this band or despised them. If you loved them, you likely had teased hair and envisioned “LeBon” as your future last name. If you hated them, you likely spent a lot of time in the smoker’s pit with a cheap ghetto blaster blaring Heavy Metal. Coincidently, the NIHOF committee had both representatives.

Behind the legions of the teen girls who worshiped them in the 1980’s, lays a solid band that always fought against their pretty boy image for respect. Ironically, it was the band itself that perpetuated their all style and no substance image with their iconic videos in the 80’s. It can be argued that they were the first to truly understand the medium as their look was copied more often than their sound. Twenty five years later Duran Duran is still going strong selling concerts and albums successfully and they show no sign of slowing down. One of the best quote of the 80’s was from frontman Simon LeBon who when asked why rock stars date supermodels, his answer was simply because we can! What is more Rock and Roll than that?

Should Duran Duran be in the Hall of Fame?

Should Duran Duran be in the Hall of Fame?

Listen to UK music my whole life, was a DJ and a rock critic. The Beatles are the #1 UK band of all-time, then would be Queen at #2 and Led Zeppelin at #3, next is Pink Floyd and then Genesis. Duran Duran is no better than 6th, I don't care who you ask. You aren't getting #2 all-time even out of Simon Le Bon's mouth. As far as the Hall of Fame goes, one day they will be in for sure but not for at least 5 years.

Hey, Mister DJ and rock critic: You would actually rank Queen, Zep, Floyd, Genesis, and Duran^2 ahead of the Rolling Stones?

It's not a matter of like or dislike. It's a matter of innovation, influence, popularity, crossover appeal, and legacy. Beatles #1 and Stones #2 for all-time UK bands is pretty standard unless you're being rock and roll and bucking conventional wisdom.
Quote
+4 #19 vitaminb 2016-08-31 18:03
Duran Duran and Depeche Mode are my two favorite bands of all time - since I was a kid in the 80's. I must say that I favor DD for induction in the Hall of Fame first before DM based on their notoriety and longevity. DM stylisticall y have been more consistent but DD has explored different styles maybe not to everyone's liking but they put on a damn good show and have followers since the 80's. That's why we know the term "Duranies" - what is it for DM?
Quote
0 #18 Clover Nico Star starryclovers 2016-04-29 21:13
Quoting Mike:

I just think Depeche Mode is more important to the musical landscape. Plus, they're still selling out arenas in the USA and stadiums worldwide.