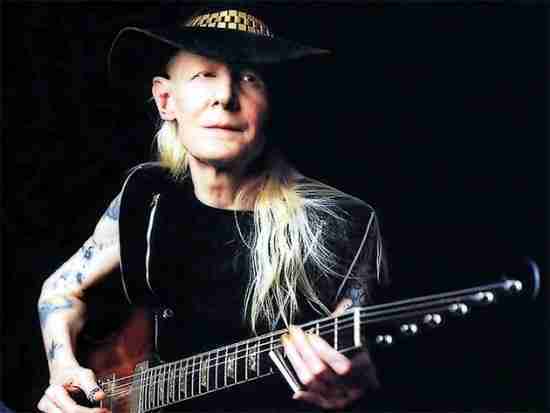 The Guitar Man, Johnny Winter was as recognized by his ability to master the Blues as he was for his albino appearance. Winter was easily among the most talented Blues guitarists of his generation and his musical legacy saw him take his guitar across every variation of the Blues imaginable. Winter did have some chart success and had he chose to record more Album oriented Rock his popularity would have grown, but does any great Blues man really seek mass popularity?

Hustled Down in Texas (From Second Winter, 1969)

Should Johnny Winter be in the Hall of Fame?

+7 #4 jeff obrien 2014-12-10 23:34
oh most definite JW should've been inducted and will be as should Rory ALSO!! thats another forum tho sorry!
Quote
+7 #3 rknrne 2014-10-18 19:41
Yelling out R&Roll @ the start of Johnny B Goode on Live And .. should qualify alone,
but the fact that he has a #1 album out right now, grammy's for producing the father of R&R Muddy Waters, Documentary films on his work ..& lots of fans ...hundreds of YT videos ... & on & on & on ...
He deserves to be there !
Quote
+9 #2 Bob murray 2014-06-01 00:11
Be Careful with a Fool! Second song first album thst song alone should have qualified him tto be in. Not to mention the never end of hits he has generated since then cranking out rock n roll and blues like a pop corn machine.
Quote
+8 #1 D C Rowan 2014-04-08 04:10
Johnny Winter Is One Of The Best Rock/Blues Guitarists Of All Time!! It Is A Shame He Is Not Being Recognized Officially For The Great Talent He Is. His Live Version Of Jumping Jack Flash Is Better Than Anything Recorded By The Rolling Stones.
Quote
Refresh comments list
RSS feed for comments to this post