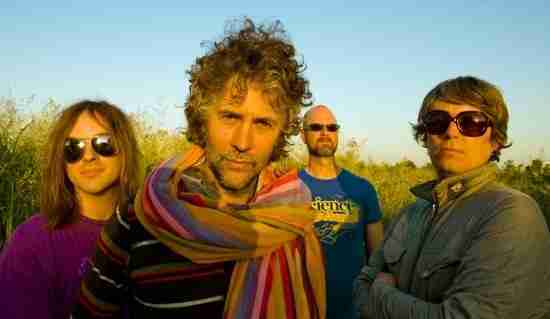 Not exactly the type of music that you may expect to come out of Oklahoma, the Flaming Lips became critical darlings with their brand of Alternative Pop. With music as weird as it is beautiful and with a fearless attitude towards their music making, it shouldn’t be a surprise if this band climbs the ranking in our future lists as the Flaming Lips have the makings of an Alternative act whose legacy could be on a constant rise.

She Don’t Use Jelly (From Transmissions From the Satellite Count, 1993)

Should The Flaming Lips be in the Hall of Fame?

+1 #2 LaustCawz 2014-05-22 12:20
Surprised there's no mention here of "Zaireeka", a 1997 Flaming Lips 4-CD set, featuring 4 discs with different parts of the same line-up of songs, designed to be played simultaneous ly!! I wonder if this is available in this format on mp3s...
Quote
+3 #1 Musicologist999 -0001-11-30 00:00
The Flaming Lips are a very unique, original band, but they ARE, admittedly, an acquired taste. Their music can be very extreme at times, and not everybody gets where bandleader Wayne Coyne is coming from. And their song titles are pretty wacko to say the least. BUT, for those who dare to dip into their catalog, their music, especially since 1999's brilliant "The Soft Bulletin&quo t;, is truly amazing stuff. And did I mention the critics love 'em? And their legions of fans continue to grow, and their influence on other bands is quite evident too. I'm confident The Flaming Lips will get inducted eventually. It's just a matter of when.
Quote
Refresh comments list
RSS feed for comments to this post