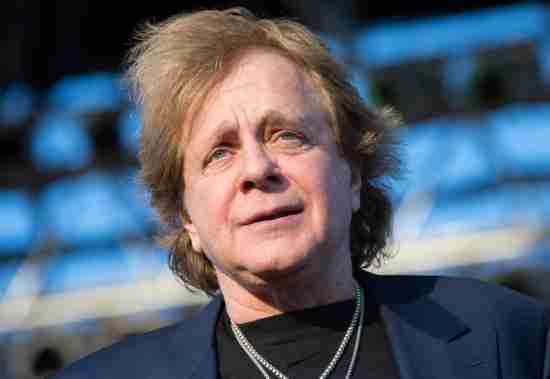 Probably symbolizing American Blue Collar Rock and Roll better than anyone else, Eddie Money carved out a very solid career pounding out songs that remain on Classic Rock stations today. With a straight up Rock sound and a subtle sense of humor, he was an “approachable” Rock Star which only helped appeal to the Blue Collar set. Although he was successful, he probably lacked the innovative nature that the Hall looks for.

Should Eddie Money be in the Hall of Fame?

+3 #5 Michael tabor 38 2017-07-31 18:44
The money man was very likeable younger & older liked his & his songs. Very approachable I've met him a few times. Has had classic radio hits
And songs people can relate to. But still ProBally not enough to get in. But there are worse already in. Sold 35 Million l. But he has admitted how can I get in when my fiends like Reo Speedswagon aren't in yet?
But I have never had someone say they can't stand Eddie money or his songs!
Quote
0 #4 Darryl Tahirali 2013-10-15 00:08
>>Heck, he deserves it more than Madonna + Miles Davis, don't you think? At least he played R&R.

No, I don't. But you and I seem to have different definitions of what "rock and roll" is, or at least different interpretati ons of what the Rock and Roll Hall of Fame has been terming "rock and roll" since its first inductions in 1986, when it inducted three "soul" artists--Jam es Brown, Ray Charles, and Sam Cooke--into the Hall.
Quote
+5 #3 Greg Legakis 2013-01-14 21:13
But, really, Money is pedestrian AOR pap through and through. Look for him at your next county fair, with Aldo Nova opening for him.

Heck, he deserves it more than Madonna + Miles Davis, don't you think? At least he played R&R. Plus he had a half dozen hits.
Maybe not a plaque on the wall but some mention is warranted. IMO
Quote
0 #2 jimmy26 -0001-11-30 00:00
I like Eddie Money but i do not think he deserves in the hall. i m still pissed at Greg Giles for selling our tickets to see him in concert.
Quote
+1 #1 Darryl Tahirali -0001-11-30 00:00
Considering that Eddie Money was a cop before becoming a rock singer, it is tempting to say that it would be a felony were he ever to be inducted into the Hall of Fame. As it stands now, the closest Money is going to get to the Hall is the fact that Ronnie Spector, who sang back-up on his "Take Me Home Tonight,&quo t; got into the Hall with her band the Ronettes. And for perpetrating the lunk-headed drool of "Shakin '," Money shouldn' t even be allowed into the Hall as a visitor.Actu ally, Money's best song might be "Two Tickets to Paradise,&qu ot; a decent story-song with a nice guitar hook and a rolling, propulsive rhythm, the kind of song Pablo Cruise would have done had it had any musical balls. But, really, Money is pedestrian AOR pap through and through. Look for him at your next county fair, with Aldo Nova opening for him.
Quote
Refresh comments list
RSS feed for comments to this post