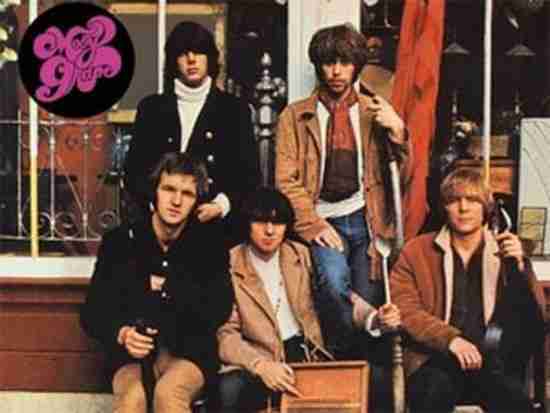 Many times when a band gets inducted into the Rock and Roll Hall of Fame critics of the group may point to members who may seem undeserving in comparison to their bandmates. Should, Moby Grape ever get inducted that will be one label that they would not have as they were known for the equal contributions of their members.

Moby Grape was known for a lot of other things too. Considered, by some as the greatest band to come out of the 60’s San Francisco scene, they were also among the most over hyped. A bizarre marketing decision (they had five songs from their debut album issued simultaneously) almost caused fans to dismiss them as hype. Fans did find that a band that on their debut album could seemingly do it all, as songs that blended Psychedelic, Blues, Rock, Jazz and Country so effortlessly that they overcame their initial backlash and were christened the next big thing. It didn’t happen as infighting and inconsistent future efforts led Moby Grape to become one of the biggest disappointments in Rock history. Still, a cult band representing an important music scene (San Francisco) can’t be completely dismissed and might receive a look from the Hall.

Should Moby Grape be in the Hall of Fame?

Should Moby Grape be in the Hall of Fame?

+5 #2 jbl 2014-02-08 17:10
I think the earth will stop in its orbit, it will rain pennies from heaven and there will be everlasting world peace all before Moby Grape ever gets inducted into the RNR HOF---but they sure deserve to be! Fantastic band with fantastic albums (RIP Skip Spence).
Quote
+5 #1 Desanto846 -0001-11-30 00:00
I'm so glad to see this group listed as they are my favorite group of ALL TIME to listen to(Yes that's right)! I disagree with the Why they won't get in--Moby Grape 69 is just about as good as their debut album as is 20 Granite Creek! Truly Fine Citizen is very good as well and actually my least favorite of their 5 Main albums is the Wow album although I do like a bunch of songs off of that as well.These guys could all write, sing, and play instruments brilliantly and if you have never heard this group(If you listen to mainstream oldies radio odds are you haven't) Do yourself a favor and listen to them on Youtube or buy one of their CD's, you won't regret it!
Quote
Refresh comments list
RSS feed for comments to this post