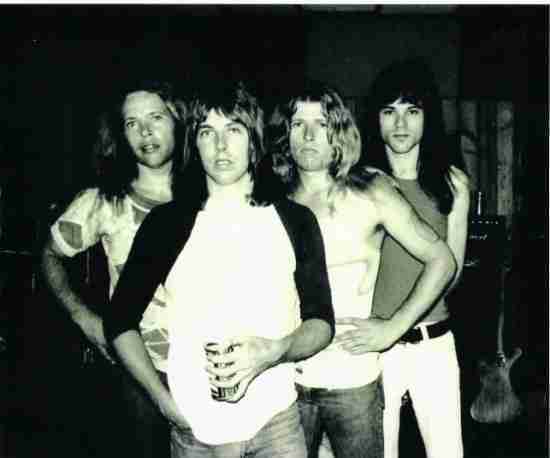 Many entries on this list discuss Heavy Metal acts and whether the genre will receive long term respect from the Hall. Should that happen, we wonder if one of the bands that get credit for popularizing it, Blue Cheer may get a look from Cleveland.

For every person who stated that Blue Cheer was a Proto Metal band, you will likely find one that states that they were basically a Psychedelic Band. What is difficult to dispute is that Blue Cheer was a band that was just plain louder than anyone else before them and as such had a quality about them just seemed “harder” than others before them. For the last two years of the 60’s, Blue Cheer was at their best, playing their brand of “Stoned Out” Rock which may not have been the most commercially viable, but it did inspire a lot of musicians to crank it up in a manner of speaking.

Should Blue Cheer be in the Hall of Fame?

Should Blue Cheer be in the Hall of Fame?

+4 #3 Michael Dylan 2018-08-30 20:55
Blue Cheer is the best. Blue Cheer is very spacey distortion (which is the best way to play Rock music). Blue Cheer from the beginning was the hardest music artist that is not Heavy metal, influence by Heavy metal or have a Heavy metal like feel. When the 80s came that is when Blue Cheer became harder than any other artist besides other Heavy metal artists and Grunge artists. The only other thing would be harder than Blue Cheer would be some grunge artists like Alice in Chains. Blue Cheer is best two start off with the first two albums Vincebus Eruptum and Outsideinsid e so you do not get the wrong ideal of Blue Cheer. You can go to my channel here to learn more about music like be looking at my greatest's music artists list.

[censored]s: //www.youtub e.com/channe l/UC7gd17Buy JRJ0AVojOS69 _w?view_as=s ubscriber
Quote
+18 #2 Lee Roschen 2013-08-30 20:10
My older brother loves them....put them in.
Quote
+12 #1 Darryl Tahirali -0001-11-30 00:00
It's true that Blue Cheer played it hard and heavy before a lot of bands did, and it's true that the most glaring omission from Rhino Records' celebrated collection of garage-band psychedelia, the otherwise-ma sterful four-disc Nuggets set, is Blue Cheer's version of "Summer time Blues" (which had been on previous Nuggets collections) . And it's also true that when Rolling Stone magazine published a list of "The 100 Greatest Guitarists of All Time" a couple of years ago, one of those exalted axe-slingers was Leigh Stephens of Blue Cheer.So what? Rhino goofed, the Rolling Stone list was pathetic (betcha didn't know that . . . Henry Vestine is a Top 100 guitarist, didja?)
Quote
Refresh comments list
RSS feed for comments to this post