Terrell Owens "comments" on Donovan McNabb and the HOF 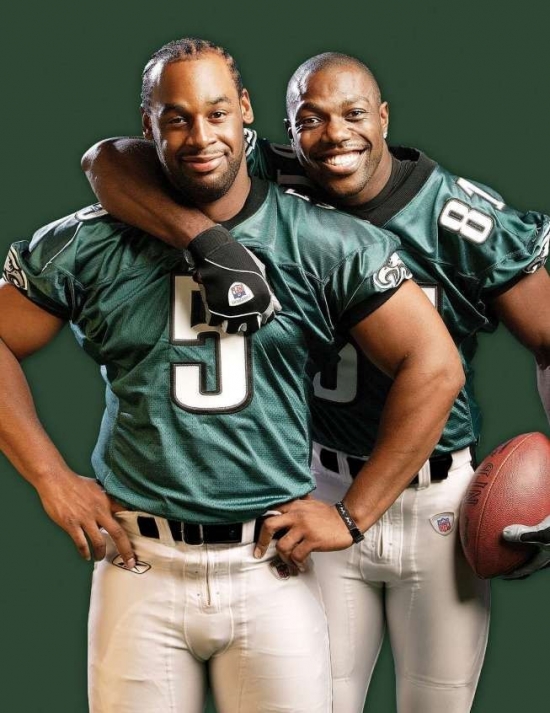 TMZ brings us more Hall of Fame related news as it caught up with Terrell Owens who was asked about Donovan McNabb’s claim that he should be in the Pro Football Hall of Fame.

He answered with one word:

There is a lot of shade in that one-word answer isn’t there?

McNabb and Owens played together in the 2004 and 2005 Season where they feuded with one another.  The Wide Receiver would be injured late in the 2004 season but returned early to assist the Eagles in the Super Bowl where he caught nine passes for 122 Yards. McNabb would throw for three TDs, but also three Interceptions and when Owens would seek a renegotiation of his contract quipped that “he didn’t get tired at the Super Bowl”.  Owens made other comments through the 2005 season and he was suspended by the team and would be released on March of 2006.

He would later claim that he left Philadelphia because “McNabb didn’t want him there.”

Owens was inducted into the Pro Football Hall of Fame last year on his third year of eligibility.  He famously criticized the Hall for not selecting him in his first two years and he did not attend the ceremony, choosing to hold his own festivities at his alumni, Tennessee-Chattanooga.  As for McNabb, he has never been a Finalist.

We love this and can’t wait to see what HOF comments TMZ will uncover next!

More in this category: « The University of South Florida HOF announces their athletic HOF Paul Stanley speaks out about his RRHOF treatment »