We have a new logo at Notinhalloffame.com 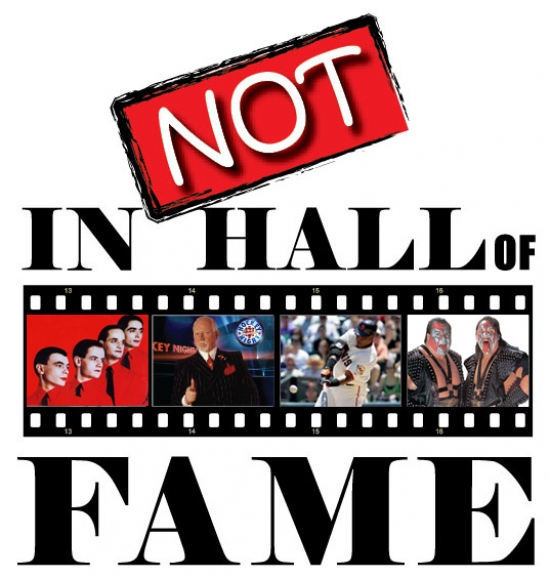 You may have noticed a change on Notinhalloffame.com.

It is a subtle one but a necessary one as we needed to change our logo on Notinhalloffame.com due to the induction of Janet Jackson.  As most of you are aware our logo consists of a film strip showcasing images of people that we have deemed worthy of Hall of Fame consideration.  Jackson just got into the Rock and Roll Hall of Fame, which has necessitated a change in her position.  We have elected to go with the German band, Kraftwerk for that spot.

Since we began our website seven years ago, Kraftwerk have been in our top four and they have been overall nominated for the Rock and Roll Hall of Fame five times.

In the past, we have had Alice Cooper, Kiss and Rush in our logo.  Randy “Macho Man” Savage was also on our logo at one time representing the WWE portion.

Hopefully we will be making more revisions to our logo in the future.