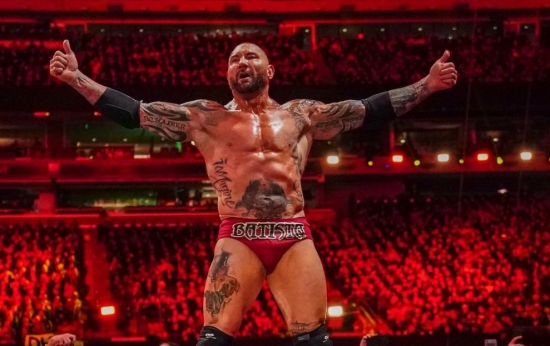 After his No Holds Barred Match loss to Triple H at Wrestlemania 35, Dave Bautista announced on Twitter that he was officially retired from Professional Wrestling.

Bautista (50) had left the WWE before due to creative differences and pursuing what is now been a successful career in Hollywood.  He had long since said that he wanted to end wrestling with closure, which he was able to do competing against his longtime friend and on screen adversary, Triple H.

We here at Notinhalloffame.com wish Dave Bautista continued success in his acting career.