Rod Woodson discusses T.O. not going to the Hall of Fame 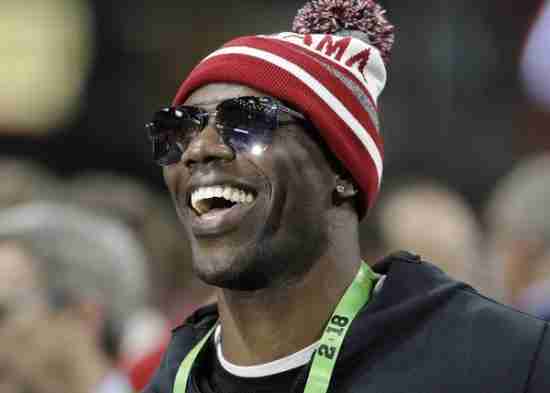 Terrell Owens has really made himself the centerpiece of this year’s Pro Football Hall of Fame ceremony hasn’t he? This is a pretty impressive accomplishment considering that he won’t even be there.

Today, TMZ showed Owens speaking about the honor of being a Hall of Famer to the Boys and Girls Club in Los Angeles. This has certainly raised some eyebrows as people have wondered why he would say it such a great honor when he is skipping the ceremony, though it again should be reiterated that he never said anything about it not be…just that he will celebrate in his own way.

Other Hall of Famers have sounded off on Owens’ decision. Former Defensive Back Rod Woodson had this to say to NFL Network:

“I really don’t care if he comes or not. But what bothers me more than anything is that in T.O.’s life, he’s had different things that happened to him in his life, but there’s people who helped him come along through his childhood, high school, college, to get to the point where he’s at to be one of the better players to ever play in the National Football League … you can be there to acknowledge them. And they lose out, because he’s thinking, ‘It’s all about T.O.’”

It is hard to dispute this logic. Would TMZ mention this if he were going to the ceremony in Canton? Of course not!

This is the first time that a player who was alive and in good health has skipped out on the Hall of Fame induction.

We know this much, this story has some legs left.

More in this category: « Our WWE List has been updated RIP: Vader »