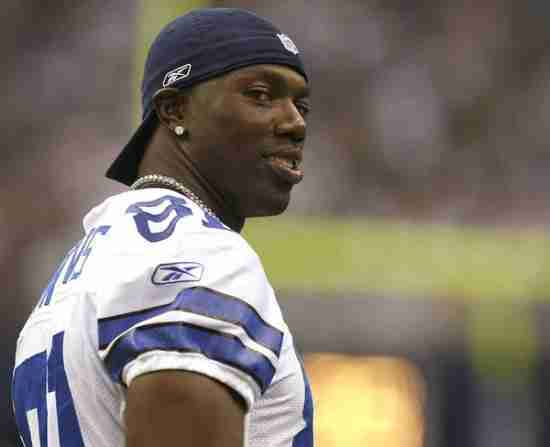 Terrell Owens was selected to join the Pro Football Hall of Fame this past winter and his section was particularly newsworthy as he was publically upset about being passed over during his first two years of eligibility. Owens went as far to make his own blazer, which illustrated his accomplishments. Now, when he is about to receive the real thing, he has announced that he won’t be in attendance at the ceremony.

Owens had this to say:

“While I am incredibly appreciative of this opportunity, I have made the decision to publicly decline my invitation to attend the induction ceremony in Canton, I have already shared this information with the Hall. After visiting Canton earlier this year, I came to the realization that I wish to celebrate what will be one of the most memorable days of my life elsewhere. At a later date, I will announce where and when I will celebrate my induction. I wish to congratulate all past, current and future inductees," Owens' statement read. "It is quite an honor to be part of such elite company. This honor is something that I will cherish forever."

It is hard to be surprised at this announcement from Owens.

Owens has always been an eccentric case and we expect that many will paint this Owens being selfish and deflecting the attention towards himself, especially if his celebration garners media attention.

We will say this emphatically, as we are not exactly thrilled to see Owens shun the ceremony we are very happy that he was inducted in the first place. He deserves the honor regardless of how he wants to celebrate it.

More in this category: « The College Football Hall of Fame announces their 2019 Finalists Ronda Rousey named to the UFC HOF »