Kobe already knows who he wants to induct him 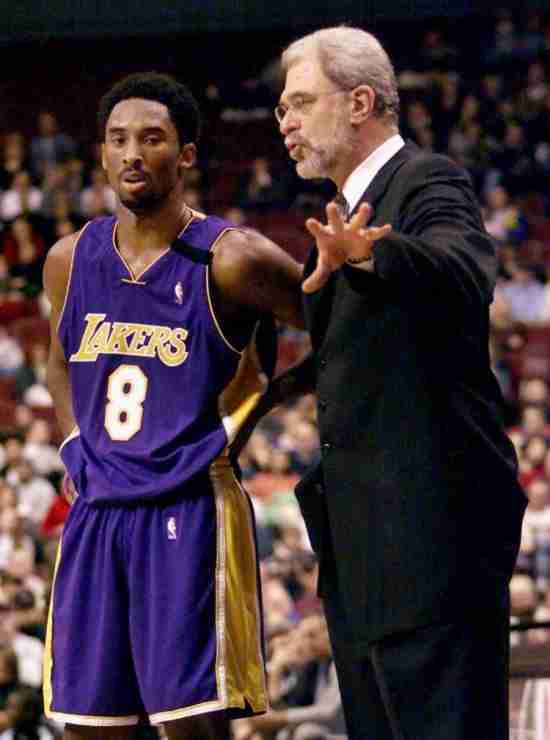 28 Oct
2017
Not in Hall of Fame
In four years Kobe Bryant will be eligible for the Naismith Basketball Hall of Fame, and there is little doubt as to whether he is going in on the first ballot. He is. There is also no question that despite what should be a loaded class with Tim Duncan and Kevin Garnett also likely going in, that he will be the headliner.

The only question really is who will induct him, so it was not a surprise when he was asked by Complex as to who he would have as the inductor:

"In terms of who might present, for me it’s two people: Michael Jordan or Phil Jackson. They’ve been the greatest mentors, not only in my career as an athlete, but also as a person. And what I might say is just a lot of thank yous. ‘Cause I’ve had a lotta help along the way. A lotta lotta help."

Jordan is widely considered to be the greatest player of all-time and while Kobe has entered that discussion for some, the two only have greatness in common as they never played with each other nor has Bryant played for Jordan. Phil Jackson however is another story.

Jackson coached Bryant in Los Angeles where the duo would win five NBA Titles. The coach/player was not always a pleasant one as Jackson ripped Bryant in his book, which was released during his hiatus calling him “uncoachable”. Still, when thinking of who would be the best person to induct Kobe it is hard to think of a better choice.

More in this category: « The Finalists are announced for our Fictitious Rock and Roll Hall of Fame! Vote Now! Mark Streit Retires »