The Polynesian Football Hall of Fame announces its Finalists 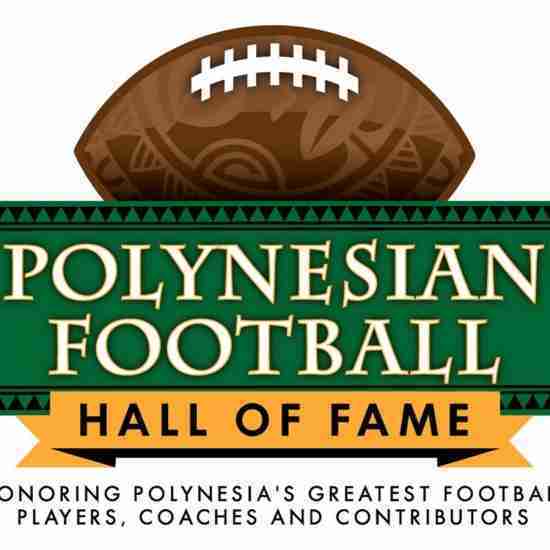 24 Sep
2017
Not in Hall of Fame
The Honolulu based Polynesian Football Hall of Fame has announced their nominees for their Class of 2018. This group consists of 15 former players and 3 contributors.

The nominees are as follows:

A three sport letterman in high school, Banks threw for 4,129 Yards at Michigan State and was the first Quarterback chosen in the 1996 Draft. As a pro, he was a backup for the Super Bowl XXXV winning Baltimore Ravens and would tally 15,315 Yards with 77 Touchdown Passes.

From Honolulu, Herman Clark played four seasons with the Bears in the 1950’s.

Born in New Zealand, Dixon was a member of the Vikings for eleven seasons. He started 134 Games.

A ten year veteran with the Chargers, Floyd would catch 321 passes for 5,550 Yards.

The older of brother of Chris Kemoeatu, Ma’ake was a Super Bowl Champion with Baltimore.

Noga was a former Outland Trophy nominee and was a seven year NFL veteran. He recorded 34.5 Sacks in the NFL.

Noga played eight seasons in the NGL and had 7 Sacks.

Salave’a played eight years in the NFL mostly as a backup.

Tuiasosopo is a Super Bowl winner with San Francisco in Super Bowl XIX.

The son of Manu Tuiasosopo, Marques was the Rose Bowl MVP in 2001.

The Defensive Lineman was a fourteen year NFL pro and is a Super Bowl Champion with the Steelers.

the University of Hawai’i.

Five inductees (four players and one contributor) will be announced on October 10, 2017.
Tweet

Kirk Buchner, "The Committee Chairman", is the owner and operator of the site.  Kirk can be contacted at [email protected] . Email This email address is being protected from spambots. You need JavaScript enabled to view it.
More in this category: « Our Fictitious Athlete Hall of Fame announces the 2017 Finalists! Our Rock and Roll HOF Predictions »