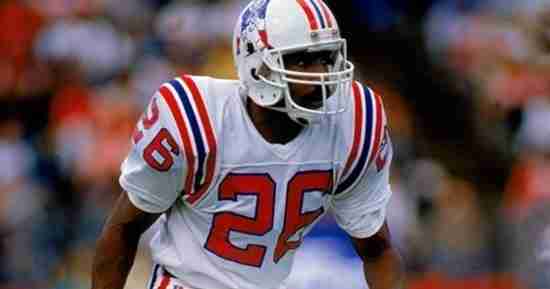 23 May
2017
Not in Hall of Fame
As the result of a fan vote, Raymond Clayborn has been selected for the New England Patriots Hall of Fame.

The former Cornerback enters the Hall on his fourth year on the ballot.

Drafted 16th overall out of the University of Texas, Clayborn was used primarily as a Kick Returner in his rookie year and by his sophomore campaign was a starter, and would be for eleven more seasons in New England.

Clayborn was not just a starter but was a three time Pro Bowl Selection, and a major part of the defensive corps that took the Patriots to a Super Bowl appearance in ’86.  Overall in his career in New England he recorded 36 Interceptions.

He beat out Richard Seymour and Mike Vrabel for the honor.

We here at Notinhalloffame.com would like to congratulate Raymond Clayborn for achieving this accolade.
Tagged under
Tweet

More in this category: « Calvin Johnson thinks T.O. is a Hall of Famer RIP: Cortez Kennedy »