The St. Louis Cardinals announce the 2017 Finalists for their HOF 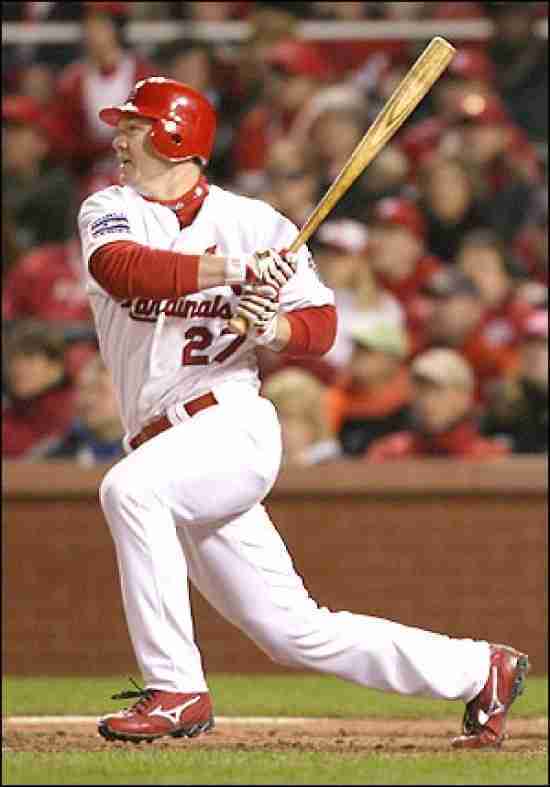 Regular visitors to Notinhalloffame.com know that we are slowly (or glacier like) working on our top 50 players for each major North American Franchise.  After that is done, our intention is to look at how each one of those teams honor their past players and executives.

As such, it is news to us that the St. Louis Cardinals have announced seven finalists for their franchise Hall of Fame Class of 2017.

To become eligible for the Cardinals HOF, a player must have at least played for the team for three seasons and have been retired for three years.


Here are this year’s nominees:

Carlton is far better known for winning the Cy Young Award four times with the Philadelphia Phillies it was in St. Louis where “Lefty” first became a star.  Carlton rose to prominence in 1967, joining a rotation that would take the Cards to back-to-back World Series appearances in ’67 and ’68.  As a Cardinal, Carlton would post a 77 and 62 record with a 3.10 ERA and 951 Strikeouts.  The Hall of Fame Pitcher would be traded from St. Louis following a salary dispute, which was a deal that did not exactly fall in the Cardinals favor.

Hernandez would with the National League co-MVP in 1979 in a season where he also won the NL Batting Title.  Hernandez was thought of us as the best defensive First Baseman in his era and overall would have 1,217 Hits with a Slash Line of .299/.385/.448 over 1,165 games as a Cardinal.  Hernandez would be traded to the New York Mets in 1983 after falling out of favor with St. Louis Manager, Whitey Herzog.  Still, Hernandez did help the Cards win the 1982 World Series.

Playing 1,181 Games for St. Louis, the Catcher turned broadcaster was a two time All Star for the Cardinals.  McCarver would finish 2nd in MVP voting in 1967, the same season he helped St. Louis win the World Series.  He would smack 1,029 Hits as a Cardinal.

McGwire famously chased (and took) the single season home run record as a Cardinal.  He was only with the Cardinals for four and a half seasons but he belted 220 Home Runs with a .420 On Base Percentage while he played there.  He was also named to three All Star Games, earned a Silver Slugger and had two top five finishes in National League MVP voting while he was a Cardinal.

A member of the St. Louis Cardinals from 1999 to 2004, Renteria was skilled with his bat (973 Hits with a .290 Batting Average) and with his glove (two Gold Gloves).  The fleet footed infielder would also swipe 148 bases and earn two Silver Sluggers in St. Louis.

Rolen was traded to the Cardinals during the 200 season and from 2003 to 2006 was named a National League All Star.  Rolen dominated third base, winning three Gold Gloves and also producing good power numbers, belting 111 Home Runs as a Cardinal.  He would help St. Louis win the 2006 World Series.


Voting is available online at cardinals.com/HOF.  The top two vote getters (voting concludes on April, 14) will be officially inducted into the St. Louis Cardinals Hall of Fame this August.

We would like to congratulate the St. Louis Cardinals who in a short time has made their franchise’s Hall of Fame one of the most respected in team sports.