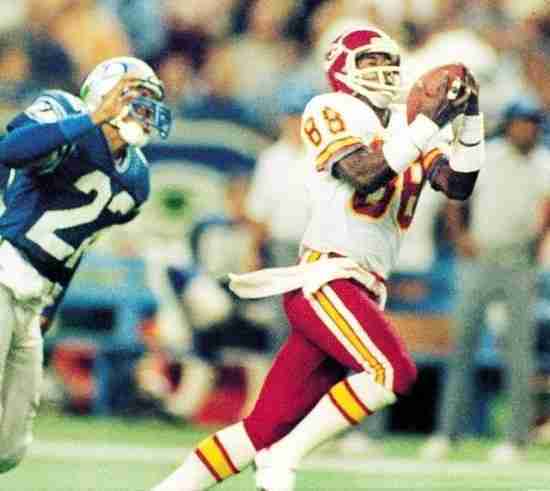 Regular visitors to Notinhalloffame.com know that we are slowly (or glacier like) working on our top 50 players for each major North American Franchise.  After that is done, our intention is to look at how each one of those teams honor their past players and executives.  As such, it is news to us that the Kansas City Chiefs has inducted Carlos Carson as the 47th member of their franchise’s Hall of Fame.

Drafted in the 5th Round out of LSU in the 1980 NFL Draft, “Speedy” Carlos Carlson would blossom into a dependable offensive weapon for the Chiefs.  A Pro Bowler in both 1983 and 1987, Carlson would have three 1,000 Receiving Yard seasons in KC and would overall catch 352 passes for 6,360 Yards with 33 Touchdown Passes.

Carlson suited up for 352 Games as a Chief.

We here at Notinhalloffame.com would like to congratulate Carlos Carson for achieving this prestigious honor.
Tagged under
Tweet

More in this category: « Beth Phoenix named to the WWE HOF The St. Louis Cardinals announce the 2017 Finalists for their HOF »