Kurt Angle to the WWE HOF 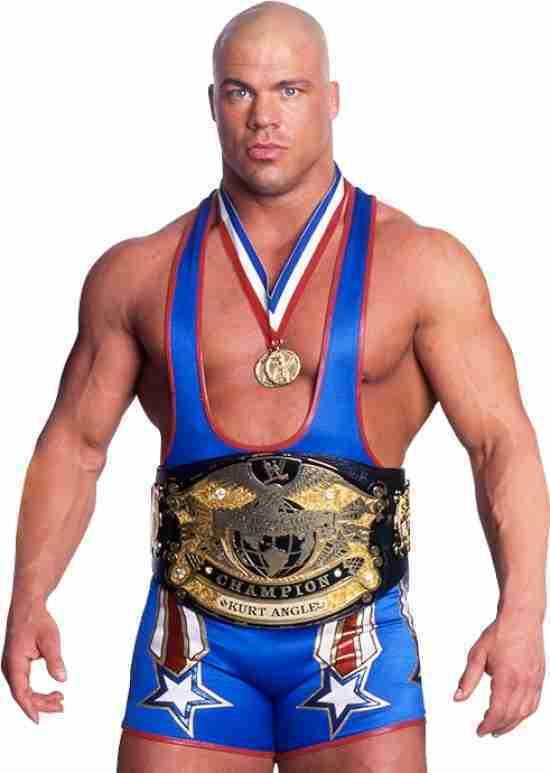 It was announced today that the WWE Hall of Fame will be inducting Kurt Angle into this year’s class, where he is likely to be the headliner.

A two time NCAA Champion, Angle won the Olympic Freestyle Wrestling Gold Medal at the 1996 Olympic Games.  He would translate that ability and arguable took to the Professional Wrestling game quicker than anyone in the past thirty years.  Angle would debut on WWE Television in 1999 and in a twelve month period would win the WWF European, Intercontinental and World Heavyweight Championship.

He would stay with the WWE until 2005 and is a six time World Champion with the promotion.  He has main event multiple pay per views, including Wrestleania 19, where defended his belt against Brock Lesnar.

Angle has also been a champion in TNA and IWGP.

As Angle did not leave the WWE on the best of terms, this day must feel especially sweet.  Angle has been lobbying to get back to the WWE in an in ring capacity, which the WWE is likely fearful of due to the severe wear and tear of the former Olympian.

Regardless, we are absolutely thrilled to see Kurt Angle enter the WWE Hall of Fame and return home regardless of the capacity.